It is a thing of great shame that the inequality gap is widening so much. 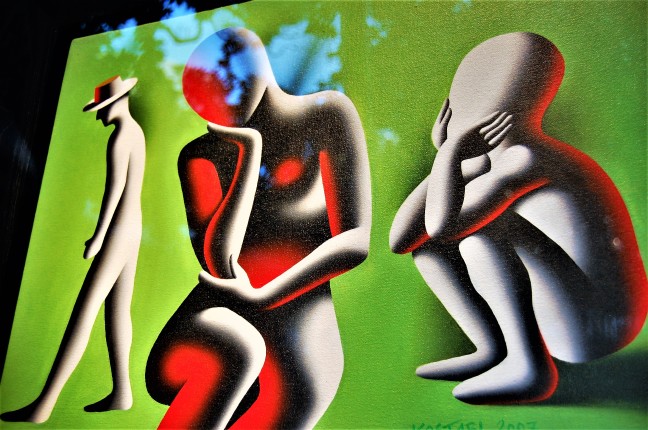 From my point of view:

Liberalism is neither socialist nor communist.

Socialist is not communist.

We have never had a communist state yet. We have only ever had totalitarian tyrannies posing as communist.

McCarthy used propaganda to create a knee-jerk response of all Americans towards Socialism and Communism. They are seen as the same thing. they are not.

Unrestrained capitalism is creating massive inequality and leaving many people in dire straits through no fault of their own.

Globalism is rampant with multinationals avoiding taxes, moving operations into the Third World to cut costs and leaving Western working classes in the lurch.

A/I will make matters far worse as more wealth is funnelled to the wealthy owners, far fewer workers are required and the surplus workforce are dumped into unemployment or low-pay jobs on zero hours contracts with no future, struggling to survive.

Unless there are international constraints the bulk of the population is doomed to a miserable existence and the environment is going to be destroyed.

I contend that we need a fairer, more compassionate system that controls globalisation and A/I for the benefit of everyone.

It is estimated that you could end world hunger for a mere $30 Billion.

What sort of morality is it that creates a system of such immortality where a tiny number of people own more than they can possibly need while billions starve?

How can that possibly be fair?

Fawzi Ibrahim says that we humans face a stark choice:

We save the planet and ditch capitalism

Or we save capitalism and ditch the planet.

I don’t think he is far wrong.

Capitalism, with its rampant selfish greed, is ripping up the planet, throwing people into war and poverty, breeding fundamentalism, and all for the sake of a tiny number of people. 80 people own half the world!

I think Russell is making me agitated! I hate the way the planet is being trashed.

According to Russell Brand Dick Cheney has strong ties with Halliburton.

Halliburton alone made $35 Billion from post-war contracts to rebuild Iraq.

The policy seems to be that you bomb the shit out of somewhere and then give your mates the contracts to clear the mess up.

This is called cronyism.

You get your poor people to bomb and shoot the hell out of poor people in another country so that rich people can make a killing.

This is the way capitalism works. It likes war, poverty and destruction – it feeds of it.

I believe that the greed and selfishness created by this system is responsible for the destruction of the environment, stripping of assets and impoverishment of most of humanity.

I believe that the multinationals are a law unto themselves. They are so powerful that thy bribe and lobby to get their own way.

I believe the multinationals use their position to avoid paying taxes and to get around labour laws and laws governing pollution and health and safety.

I believe they are unscrupulous.

I do not know whether there is a cabal of multibillionaires who buy off politicians, control money markets, control commerce, control the media, or seek to maintain ‘the establishment’ so that it works in their favour, or whether this system operates as a loose association of behind doors conniving and ad hoc behavior by a group of people with shared interests – feathering their own nests. The end result is the same. Political systems, laws, the media, and commercial enterprises are all bought and sold. They are controlled.

I believe the answer is to put all multinationals under national control, prohibit the size of any one of them exceeding a certain proscribed wealth (reducing their power) and make them subject to globally imposed laws on taxation, labour and pollution.

I believe that if we do not find a way of controlling capitalism the greed and selfishness will destroy everything on the planet and us with it. 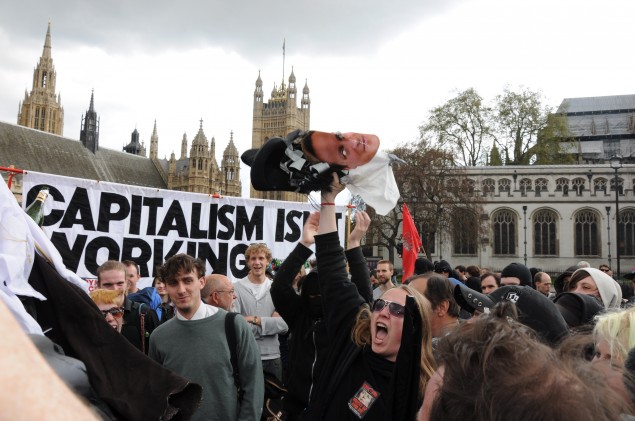 Following the HSBC admissions that they were deliberately aiding and advising thousands of Rich People to cheat on their taxes by putting their money in anonymous Swiss bank accounts we have the realisation:-

Only one person has been prosecuted. Thousands go free. The people who organised and administrated a tax scam worth hundreds of millions go unpunished!

If you cheat the taxpayers out of hundreds of pounds by claiming benefits you are not entitled you will rightly go to jail.

If you cheat the taxpayers of millions of pounds by deliberately falsifying your earnings, placing money that should be taxed in Swiss accounts, you go home as if nothing has happened.

If you deliberately conspire to advise and help someone cheat the taxpayers of hundreds of millions of pounds you go home to your family as if nothing has happened. You still have your job. You still get paid a huge salary.

The question we should ask ourselves is whether this is fair. Is it fair?

Should the rich be treated differently to the poor? Is a cheat a criminal cheat whether they are rich or poor?