A superb track from the album Descendants Of Smith. Roy was ahead of the game again with his environmental concerns.

After four years of Trump and his misinformation it is good to get back on track. I hope Biden comes through on this. The evidence is glaringly obvious yet there are still those who are denying what is right in front of them!

Let’s get it done!! Roll out the sustainable energy. It is all very competitively priced. We have the means to store energy.

It’s not too late to prevent this catastrophe happening.

Those sheep are paying more attention than many people!

For those who have been enjoying my poems this year I have collected together all my poems for the planet. This is an anthology of my Nature poems, odes to the environment, ecology and life, warmings of apocalypse.

It is available in both paperback and digital.

The virus to spreading

There is no antidote,

It kills everything in its path.

So destructive to everything.

Never has a virus

All life on the planet.

Life is tenuous and fragile.

It came into being just once.

It took billions of years to mutate into the wondrous myriad of forms we now have.

It has suffered 5 mass extinction events that threatened to wipe out all life on this planet. Usually as a result of an asteroid. A catastrophe.

We are the sixth.

It is only going to get worse and not only cause mass devastation, mass migration and huge damage to nature; it is also going to ruin economies and cost a fortune.

We need our rainforests, don’t we? We need environmental stability, don’t we?

How long does a forest last when you put in place a President who has removed legislation on mining and logging, reduced environmental standards, doesn’t believe in global warming, promotes fossil fuels and wants to exploit the environment for quick profit (basically anything goes if you can make a buck and temporarily boost the economy) or a President who wants to move away from fossil fuels towards sustainable energy, who believes in protecting the environment, who knows that we have damaging global warming and would be part of a world-wide struggle to protect nature, with things like the Paris Accord, who believes in science and will fund it properly – let me see now – this is a difficult one isn’t it?

A direction of merriment.

The last leaf fell from the last tree.

The last fish sank in the stagnant sea.

The last human sat in her plastic desert.

The world took a deep breath

Took note of the winds of death.

In favour of a direction of merriment.

It would be good to think of Gaia directing operations, the planet alive. But that’s a dream.

One day the last leaf will fall. I just hope it is not of our doing.

We are proving to be a complete disaster.

AVAAZ – Making a difference to the world! Saving the Environment for our children’s children.

If you want to know what you can do to help save the world, to help build a better future, there are glimmers of hope. You can join Greenpeace and Friends of the Earth and you can support AVAAZ.

They are a force for positive action. They harness the energy and zealism of all those who care about the destruction of the planet.

There is hope. We can make a difference. Support AVAAZ.

Amidst all the darknesses of our world, Avaaz’s light is shining brightly — we’ve had 4 huge wins in the past few weeks!

– We WON governments agreeing to protect 30% of our oceans!!
– We ENDED the career of Brazil’s corruption king!!
– We helped CREATE the world’s largest marine reserve in the Pacific!!
– We finally STOPPED Monsanto’s mega-plant in Argentina for good!!

In just a few weeks, while we’ve also been flat out on stopping Trump! This movement is getting out of control — in a good way. Let’s keep it up! Here’s more on each win:

A global goal to protect 30% of our oceans! 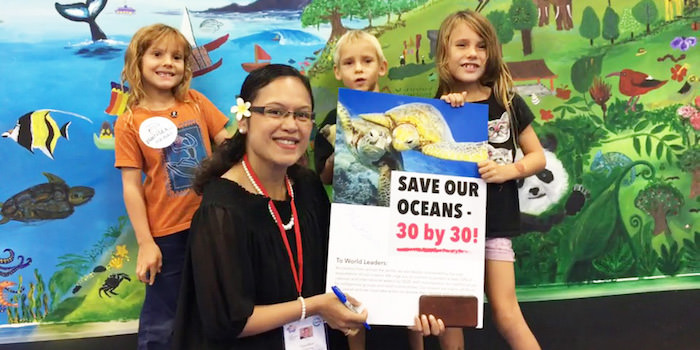 Everyone thought our demand of 30% was crazy, except the scientists. But armed with the voices of a million Avaazers, our community stepped into the negotiations and out-maneuvered major blockers like Japan. By standing with Palau, meeting directly with key swing countries, and winning press to our side WE WON big … with 89% of the vote!

The Head of the Palau delegation said – “We were heartened to have 1 million Avaaz members from around the world stand with us.” 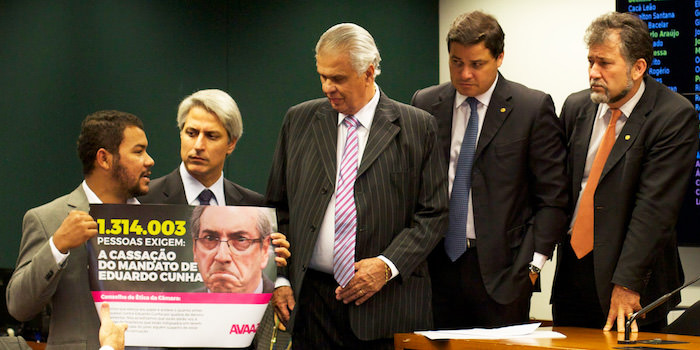 Insiders and even journalists warned us that Congress President Eduardo Cunha was too powerful to oust. But we refused to be cowed — over 1.3 million of us demanded a national Ethics Committee vote to fire Cunha. And when his allies rallied to block the vote we hit back — delivering our petition directly to Congress, flooding key swing voters with phone calls, direct messages and on social media, including focusing on officials shielding Cunha. He was forced to resign and then barred from running for office for eight years! And just today, he was arrested!!

Anti-corruption champion MP Chico Alencar told us: “If it hadn’t been for public pressure, we wouldn’t have won. I want to thank and congratulate you.”

Creating the largest protected area on earth, ever 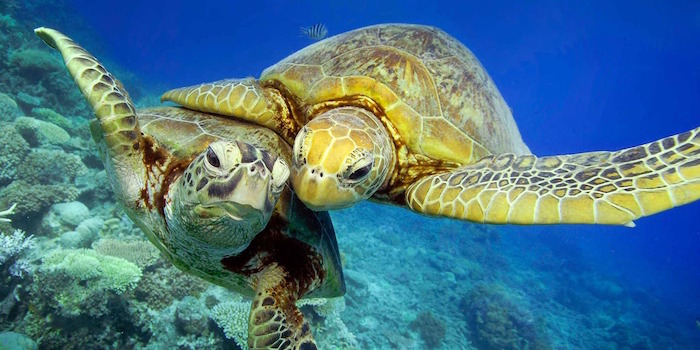 Our oceans are in serious trouble, so when we heard that President Obama was weighing whether to create a *giant* marine reserve in Hawaii, a million of us signed a petition and thousands wrote messages. To further tip Obama’s decision we delivered our messages to key meetings, organised colourful protests with kids that helped win over the press, and worked to remove other blockers from Obama’s path. In days the President signed the reserve into law.

The Director of the Global Ocean Legacy project, Matt Rand, said the “1.3 million people who signed and the tens of thousands that sent messages had their voices heard at the White House, and were a big part of getting this done.” 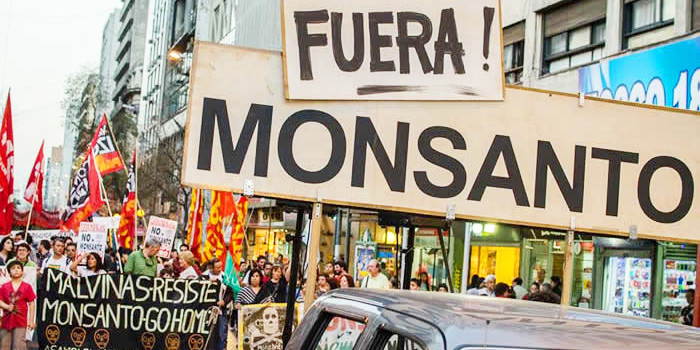 Chemical Giant Monsanto had locked in a high-level deal to build a mega factory in Argentina – but local communities decided to fight it, so we joined forces. Together we went door-to-door, ran polls showing massive local opposition, helped elect a city council opposed to the deal, met Monsanto in court, and amplified the local movement with a million voices worldwide. Monsanto was forced to abandon the project.

Local Malvinas organizer Celina Molina said: “Today we celebrate the victory of our long battle we shared with the global movement Avaaz…. Monsanto has only one option: to go back home.”

If you can’t get enough of this stuff, check out our top ten all time wins, and 100 favorite highlights of Avaaz campaigning. It’s a smorgasborg of people-powered achievement.

Together, we’re not just standing up to forces of hate and division in our world, we’re also driving forward a beautiful vision of hope, step by step building the world most people everywhere want. Because in the end, only love and hope can defeat hate.

With loads of love and appreciation for this amazing movement,
Ricken, with Alice, Ben, Emma, Pascal, Mais, Camille, Dan, Mike and the whole Avaaz team

The very first item on the new White House agenda – to remove climate and environment protection. He is looking to put profit before the planet.

Short sighted, stupid, irresponsible, madness – just a few of the words that spring to mind.

Who is going to protect the wildlife? Who is looking out for the planet?

This is straight from the new Whitehouse agenda released a short while ago. It is a disaster for the world’s environment and all the creatures that live on this planet. They are being sacrificed for selfish greed.

Energy is an essential part of American life and a staple of the world economy. The Trump Administration is committed to energy policies that lower costs for hardworking Americans and maximize the use of American resources, freeing us from dependence on foreign oil.

For too long, we’ve been held back by burdensome regulations on our energy industry. President Trump is committed to eliminating harmful and unnecessary policies such as the Climate Action Plan and the Waters of the U.S. rule. Lifting these restrictions will greatly help American workers, increasing wages by more than $30 billion over the next 7 years.

Donald Trump may turn out to be a major threat to the world’s environment, putting hundreds of thousands of species under threat, promoting major climate change and putting many communities at risk of such things as flooding, drought, extreme weather, hurricanes, crop failures and starvation. This could result in mass migrations of people and mass extinctions of plants and animals.

President elect Trump claims that manmade climate change is a hoax. He is threatening to pull out of the Paris agreement and reverse the Green Energy programmes. He says that he will promote economic growth by returning to fossil fuel programmes (coal, oil and gas), reopen plants and to hell with the carbon dioxide output or pollution.

He is solely concerned with the economy and jobs. The environment is not an issue.

This runs contrary to all the evidence accumulated on climate change. In the long term it will not only be an environmental and human disaster but also turn into a major crisis for the economy. I cannot help thinking that this is extremely bad news for the whole world.

In a worrying new development his administration has asked for the names of all the people involved in the Green Energy programmes and who have promoted Green Energy and been involved with climate change talks. The fear is of a witch-hunt.

Anyone who is involved with the environment should be anxious. If he goes through with his stated policy change, the USA, instead of leading in the clean up of carbon dioxide, will be greatly increasing its carbon output. This could be a disaster for the world and impact on the whole initiative to prevent global warming and protect the dwindling rainforests and animals.

If there is a continued increase in global temperature, created by human activity through the burning of fossil fuels (as most scientists now believe), it would have a devastating effect on wildlife and human populations. There would be radical changes in weather patterns leading to droughts, heatwaves, floods, desertification, hurricanes and extreme weather, melting of ice-caps, a rise in sea levels, changes in animal and plant distribution, death of corals and sea-life, changes in conditions for crops and have a colossal impact on wildlife and human populations.

For nature, already under extreme attack, this could be catastrophic.

This also does not bode well for other environmental initiatives. It would appear that the environment and wildlife do not feature in the world of Trump. All that matters is money.

Hopefully the experts will convince Mr Trump that he is wrong and the risks are far too great.

Hopefully he will not go through with his withdrawal from environmental agreements and a return to dirty energy.

The world is at stake.

Why not read up my views on the devastation of our natural world in my book Anthropocene Apocalypse. It tells the story of what is happening to the planet through our burgeoning numbers and destructive practices.

Or check out my other books:

Or check out my other books:

For all other countries please check out your local Amazon.