Ken Loach is my favourite Director. He is highly intelligent and his films always have a pertinent social message that I can empathise with. I like films that make you think. Ken is the conscience of the nation. His films should be compulsory – particularly for Tories who are usually incapable of appreciating human suffering. 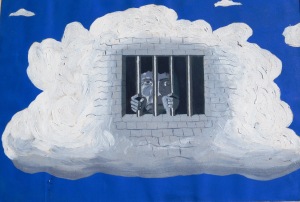 I see the lies and despair. Brexit and Trump – a litany of hatred and lies. The media and politicians all have their agenda and no scruples. It’s getting worse. The sheeple are treated with utter scorn and manipulated.

A movie isn’t a political movement, a party or even an article. It’s just a film. At best it can add its voice to public outrage.

There’s a hell of a lot of injustice and rage to tap into.

About Thatcher’s death: Let’s privatise her funeral. Put it out on competitive tender and accept the cheapest bid. That’s what she would have wanted.

Such with and humour. I’m glad they buried her. They just did it fifty years too late.

I turned down the OBE because its not a club you want to join when you look at the villains who’ve got it. Its all the things I think are despicable: patronage, deferring to the monarchy and the name of the British Empire, which is a monument of exploitation and conquest.

Not many people with that calibre of integrity. Too many money-grabbing, power-seeking selfish gits who take the money.

One lesson to learn is that the press and the broadcasters are not neutral. And it seems we have to learn it each time there is a dispute: they are actually committed to one side.

Orgreave taught me that even the BBC have their agenda. The bias is there. The establishment orchestrate out feelings.

In the end the privatisation of war is not acceptable. We shouldn’t be issuing these sub-contracts to these contracting companies because the people who run them are making millions. There should be no relationship between ex-politicians and them, like John Reid and Malcolm Rifkind, who are now associated with contracting companies having been ministers of defence. That’s unacceptable.

It is incredible hoe people like Rumsfeldt are raking it in! Should be a law against it!