Lunch was superb. The food delicious and different. Dancing girls and Javanese music. Followed by a walk through a garden with exotic flowers and birds.

We made our way down from the spectacular Buddhist edifice and headed off to a local restaurant for a great meal!! Javanese cooking!!

I could just imagine this wonderful complex on an island in the centre of a lake majestically rising out of the landscape. Over a thousand years old. It is a wonder.

Borobudur is a simply amazing structure. Built out of carved blocks of volcanic rock, stuffed with statues, cupulas and carvings.

The most incredible temple complex rivals Angkor Wat and Macchu Picchu. It used to stand in the middle of a lake. It’s huge.

Another dead religion that people believed in and died for.

We drove a long way, through mountains with dense tropical rainforest, past rice terraces. The volcanoes loomed in the distance.

More music, dancing and costume. A backdrop of mountains shrouded in morning mist.

These shots were mainly taken through the window of a moving coach So I apologise for the quality but they do seem to me to give an impression of various aspects of the country.

Paddy fields were evident throughout the country. The volcanic soil was very rich. 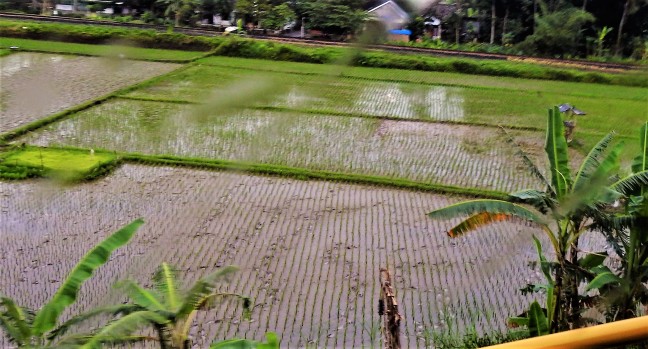 The country is quite poor with a large agricultural population. It was common to see families on scooters, sometimes with as many as three kids perched among the adults. This seems very dangerous and precarious to us but is just part of the way of life in many eastern countries.

The natural world is in retreat but it is still there.

There is evidence of past civilisations who have fallen into decay.

Poverty is prevalent. Whenever they see foreigners, with our huge wealth, they are desperate to sell us their tourist trivia and trinkets. You can see the desperation on their faces. 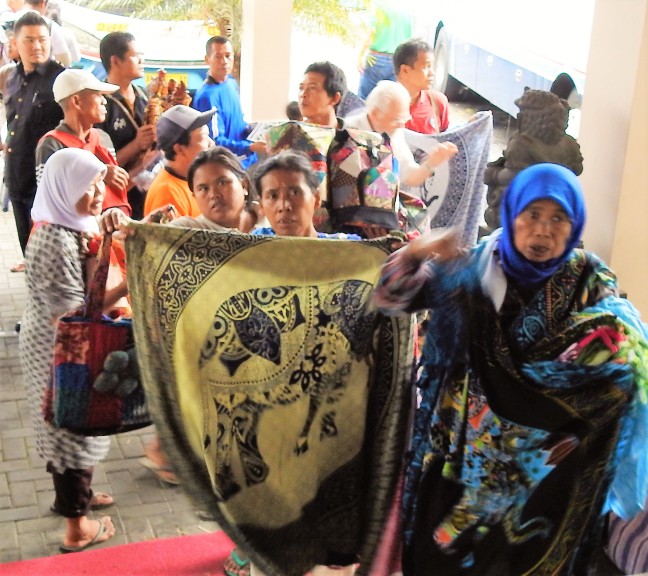 The locals are friendly.

Is there anything we can learn from the rise and fall of civilisations and religions?? 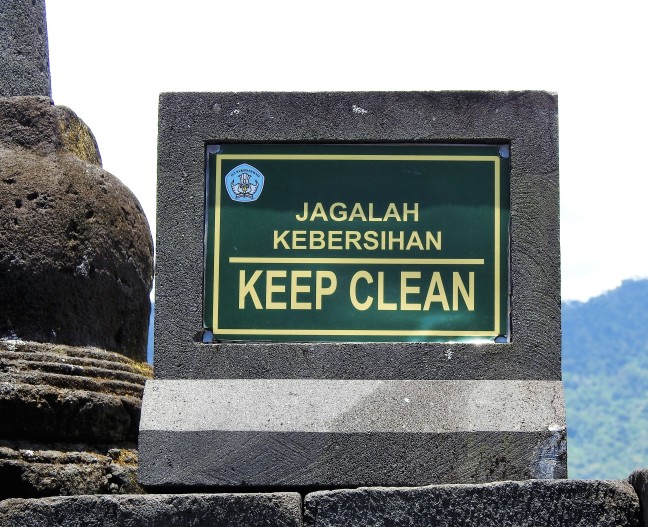 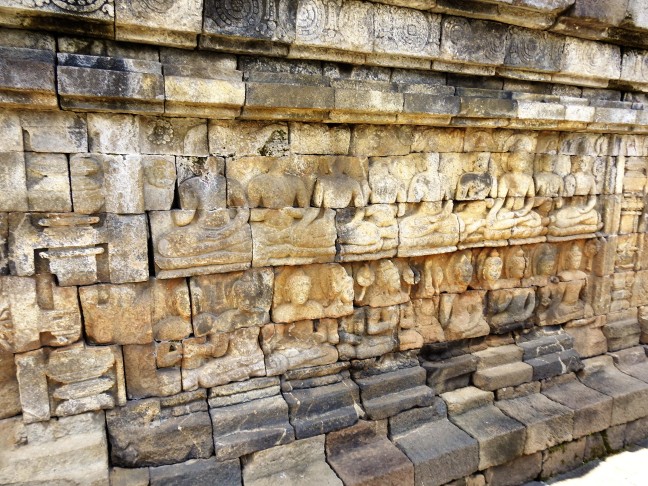 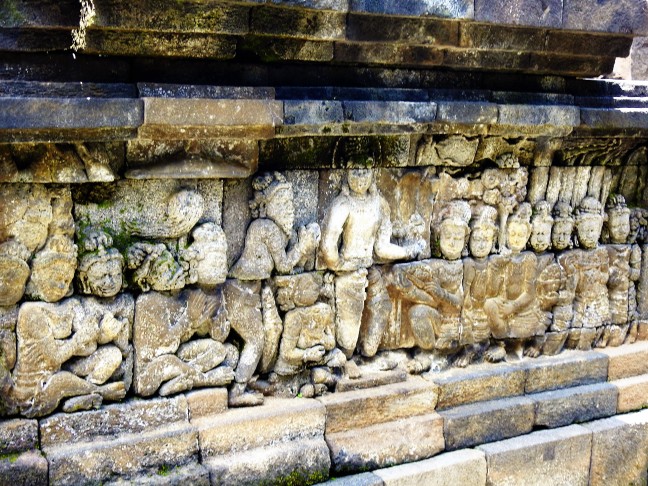 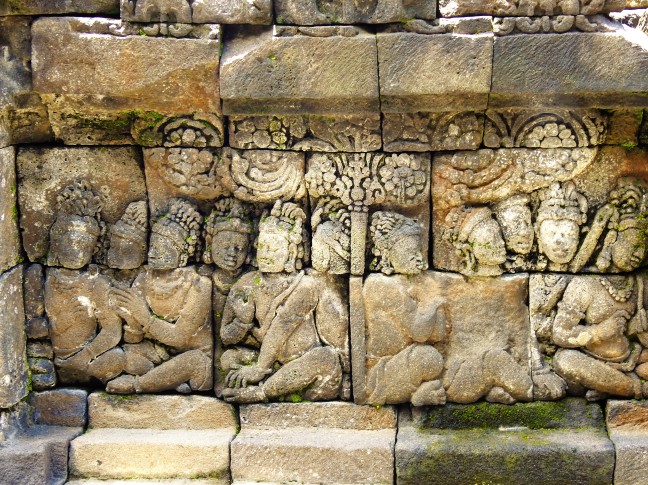 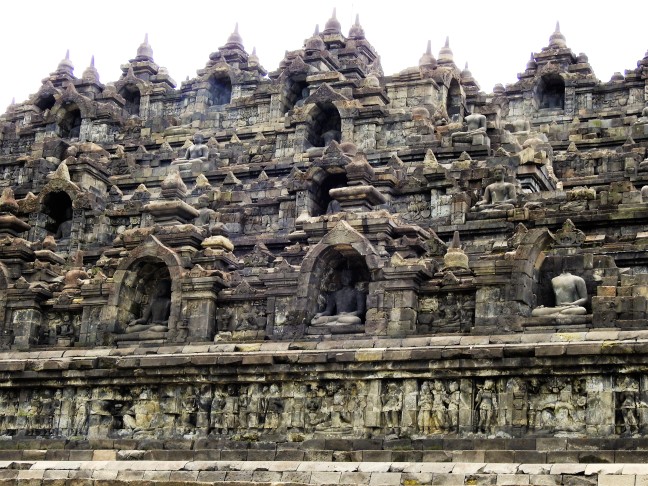