Quote 1 – Roy Harper – In some ways, I lament the introduction of civilisation on such a huge scale, because it has given us a lot of room to abuse each other, which we continue to do.

Quote 2 – Captain Beefheart – We’re all colored, or you wouldn’t be able to see anyone.

Quote 3 – Frank Zappa – There is more stupidity than hydrogen in the universe, and it has a longer shelf life.

Well that will do for starters. Three of my favourite people.

I have just finished reading The Tree by John Fowles (writer of the Magus and French Lieutenants Daughter and one of my favourite writers). It was a splendid little book. It encapsulated his feeling of oneness with nature and trees – the wild – something that cannot be captured by science or art but that is a state of being.

While reading it I was particularly struck by one paragraph that resonated with me and would like to share it with you.

‘There is a spiritual corollary to the way we are currently deforesting and denaturing our planet. In the end what we must most defoliate and deprive is ourselves. We might as soon start collecting up the world’s poetry, ever line and every copy, to burn it in a final pyre; and think we should lead richer and happier lives thereafter.’

That sums up the grief and anguish I feel inside at the constant cruelty and destruction we are wreaking around the world. Each tree and creature is a poem in my world – a poem lost forever – and one that makes me all the poorer.

‘Where do I get my ideas from?

You might as well have asked that of Beethoven. He was goofing around in Germany like everybody else, and all of a sudden this stuff came gushing out of him.

I was goofing around like everybody else in Indiana, and all of a sudden stuff came gushing out.

It was disgust with civilisation.’

I think I feel the same!

Bertie was a philosopher who spoke it like it was. What he said always made sense.

Fear is the main source of superstition, and one of the main sources of cruelty. To conquer fear is the beginning of wisdom.
That makes sense to me. Fear of death is the main reason people are religious – fear of hell – fear of god. Not for me. Our destruction of nature has a lot to do with our fear of creatures and natural events. We seek to tame it.
The trouble with the world is that the stupid are cocksure and the intelligent are full of doubt.
How true is that? The stupid always think they know while the clever know enough to be sure that it is never black and white.
Most people would sooner die than think; in fact, they do so.
The sheeple rule. Maybe people should have to sit a competency test before being allowed to vote? Most people do not want to think about anything. They would rather fill their lives with fun and distraction rather than deal with the real issues. They absorb propaganda and are manipulated by the establishment/politicians/manufacturers through the media lies. You can see it on my blog. If I put up challenging or thought provoking material it is less popular. Put up something light and daft it is really popular.
War does not determine who is right – only who is left.
He was a great pacifist.
Religions that teach brotherly love have been used as an excuse for persecution, and our profoundest scientific insight is made into a means of mass destruction.
The hypocrisy of religion, cruelty and stupidity of humans and misuse of funding and knowledge never ceases to amaze me.
I thought I’d end with one that is relevant to Trump and the way he has deliberately stirred up hatred in his campaign.
Why is propaganda so much more successful when it stirs up hatred than when it tries to stir up friendly feeling?
Why indeed?
Bertrand certainly had a way of putting things.

All I want for my birthday is another birthday.

Unfortunately Ian, who was suffering from cancer, didn’t get that next birthday. It sends a message to me that we should enjoy every minute that we have! Life is wonderful! 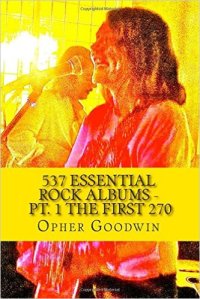 I rate Neil Young up there near to Dylan. But he’s a complex man. I don’t go along with everything the man comes out with. Here’s a few quotes that make sense to me.

I’m not into organized religion. I’m into believing in a higher source of creation, realizing we’re all just part of nature.
The ’60s was one of the first times the power of music was used by a generation to bind them together.
I don’t like war. I particularly don’t like the celebration of war, which I think the administration is a little bit guilty of.
To protect our freedoms, it seems we’re going to have to relinquish some of our freedoms for a short period of time.
https://www.amazon.co.uk/537-Essential-Rock-Albums-first/dp/1502787407/ref=sr_1_1?s=books&ie=UTF8&qid=1477524384&sr=1-1&keywords=Opher+goodwin+opher%27s

The scary thing about someone like Dan Quayle is to think that this awesome intellect actually rose to become the second most powerful person in the world and, if there had been an accident or a stroke of ill health, could have had his finger on the nuclear button.

The other observation I would make is that the most hilarious things to come out of a person’s mouth are when an idiot speaks and is not trying to be funny at all.

This President is going to lead us out of this recovery.

Republicans have been accused of abandoning the poor. It’s the other way around. They never vote for us.

It isn’t pollution that’s harming the environment. It’s the impurities in our air and water that are doing it.

If we don’t succeed we run the risk of failure.

Bank failures are caused by depositors who don’t deposit enough money to cover losses due to mismanagement.

Quite frankly, teachers are the only profession that teach our children.

He certainly made me chuckle. He also made me even more aware that these people are put up there as puppets. The real power lies behind the throne. There are unseen people pulling the strings. They don’t want leaders who are too bright.

I wasn’t sure what to file it under – philosophy? Humour?

A lot of people are bewildered by Bob doing a no-show for the Nobel prize for literature – I’m not. I think he found all that business of being ‘The Voice of a Generation’ a millstone round his neck. He doesn’t need it. It stops him being creative by putting too much weight of expectation on him. That dries up the creativity. He jettisoned all that as quickly as he could.

Having these colossal accolades and titles, they get in the way.

If I wasn’t Bob Dylan, I’d probably think that Bob Dylan has a lot of answers myself.

You’re going to die. You’re going to be dead. It could be 20 years, it could be tomorrow, anytime. So am I. I mean, we’re just going to be gone. The world’s going to go on without us. All right now. You do your job in the face of that, and how seriously you take yourself you decide for yourself.

I consider myself a poet first and a musician second. I live like a poet and I’ll die like a poet.

I do love Kurt Vonnegutt Jnr – I adore his perceptiveness, light touch and humour.

I am reading Armageddon in Retrospect for the third time. I thought I’d share an extract from the intro by his son Mark on his father:

‘He couldn’t help thinking that all the money we were spending blowing up things and killing people so far away, making people the world over hate and fear us, would have been better spent on public education and libraries. It’s hard to imagine that history won’t prove him right, if it hasn’t already.’ 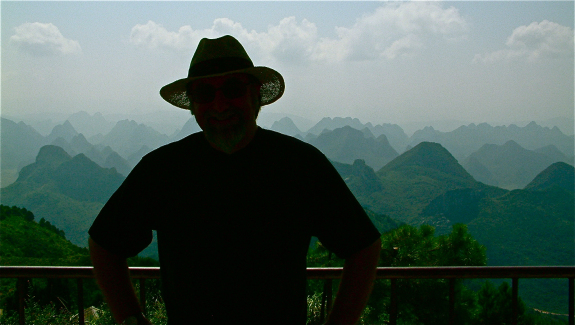 I was surprised when looking around Graceland to have a glimpse of a man with more intelligence than I had assumed. I think Elvis’s problem was that he was directed by Tom Parker into unsatisfying, but profitable, enterprises. He did not know who to trust and so surrounded himself with a bunch of people who knew him from before he was famous – on the premise that they liked him and not his money. Unfortunately they tended to be not the brightest or most interesting of characters. I think he could have d4eveloped a lot more than he did. He was stuck in an isolated rut. 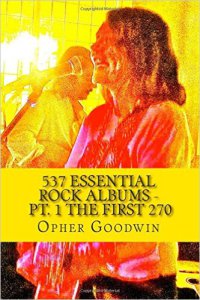 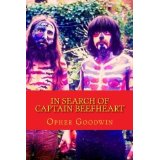 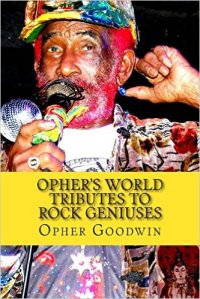 Truth is like the sun. You can shut it out for a time, but it ain’t goin’ away.
The truth is always there and will bite you on the bum.
The image is one thing and the human being is another. It’s very hard to live up to an image, put it that way.
I’m not sure we managed to see too much of the real man. Elvis had left the building. What we had was the image.
I don’t know anything about music. In my line you don’t have to.
That’s a joke. I saw the way he ran the studio. He knew exactly what he wanted. It was only during those dreadful film days when he wasn’t in control that he sidelined himself.
A live concert to me is exciting because of all the electricity that is generated in the crowd and on stage. It’s my favorite part of the business, live concerts.
I’m glad he rediscovered that. Though the glitzy cabaret act he developed was a million miles away from the creative excitement of those early two years. That was the real Elvis for me.
Rock and roll music, if you like it, if you feel it, you can’t help but move to it. That’s what happens to me. I can’t help it.’
It certainly rocked my world.
People ask me where I got my singing style. I didn’t copy my style from anybody.
He was unique.
Rhythm is something you either have or don’t have, but when you have it, you have it all over.
I guess I don’t have it all over but it still shook me.
If you would like one of my books check out Amazon: