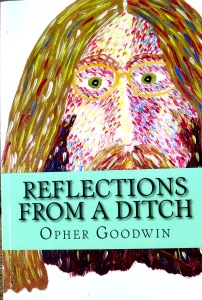 ‘Our society is run by insane people for insane objectives. I think we’re being run by maniacs for maniacal ends and I think I’m liable to be put away as insane for expressing that. That’s what’s insane about it.’

I’ve always believed that. Most people do not want to even contemplate or discuss it.

They like to label people as ‘left wing’ or ‘insane’ or ‘nutty’. But they are part of a mad machine, run by greedy, self-centred madmen, that is destroying the world.

These are my six books of poetry. They are available as paperback or on Kindle from Amazon – all for under £5 for a paperback. You could buy the whole lot for just £27.62!!

They are not conventional poetry books. They are like you find on my blog with a page of explanatory prose followed by the poem. The prose is as important as the poem to me.