I first heard Linton Kwesi in the 1980s and thought he was incredibly powerful. 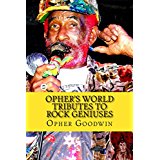 Looking more like an Oxford Don than a fiery Reggae Poet Linton Kwesi is none the less a mean dub poet with strong political overtones and an unflinching honesty, integrity and willingness to tell it how it is. He hails from Brixton via Jamaica and took up the cause of the Blacks during the turbulent times of the late seventies and eighties when the National Front took racism on the streets, the police harassed and added to the problem; the result was riots and murder. Where-ever there was injustice, prejudice or conflict Linton was there to chronicle it, put it in verse in Jamaican patois and reveal the cause and effect. It was like having a Black Woody Guthrie with a reggae vibe.

He teamed up with the Reggae producer and musician Dennis Bovell to put his vitriolic couplets to a reggae beat.

Dread Beat and Blood saw Linton fixing on the Brixton discrimination and oppression that led to the Brixton riots. It was very prophetic.  The chilling ‘All Wi Doin is Defendin’, ‘Dread, Beat and Blood’ and ‘Five Nights of Bleeding’ were followed by the even better defiant ‘Forces of Victory’ with its brilliant ‘Sonny’s Lettah (Anti-Sus Poem)’, ‘Fite Dem Back’ and ‘Time Come’. The Bass Culture album was more of the same with ‘Reggae fi Peach’ and ‘Iglan is a Bitch’.

I saw Linton in Hull reading his poetry, standing there in his three-piece suit and spectacles like the University Professor he is. The poetry burned holes in your brain.

We need more like Linton. We need more of that stuff from Linton. Linton where are you? Where is that rich voice of yours?  Where are those words that send the blood coursing through parts of the body usually dry? It’s not just Blacks who feel injustice; we can all feed off your words.