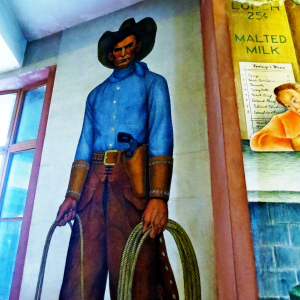 Protest was the media term applied to a sudden popularity in songs of political/social content that sprang up in the early sixties in the Folk Scene due to the sudden rise of Bob Dylan.

For a few glorious years Bob Dylan produced three stunning acoustic albums featuring poetic songs the like of which had never been heard. This protest – songs of civil rights, antiwar and social comment – had its roots in Woody Guthrie, Pete Seeger and Malvina Reynolds but nobody had done it as well as Dylan.

Greenwich Village was the focus for a left-wing bohemian upsurge led by the Folk Movement. A number of young singers were weighing in with their contributions as black and native American singers sang alongside each other in the clubs. They had a vision of a better, fairer America that wasn’t belligerent and didn’t practice segregation. These included the likes of Buffy St Marie, Phil Ochs, Tom Paxton and Peter Lefarge. A new optimism was in the air. The fight was on.

When the Civil Rights leader Medgar Evers was shot in the back by a cowardly gunman skulking in the bushes both Phil Ochs and Bob Dylan took up the guitar and wrote songs. This was Bob’s brilliant effort. It picked out the way the gullible Southerner Whites had been cynically used by the politicians in order for them to gain power. The hatred and division they created in their wake spilled over into violence. In creating scapegoats the weaselly politicians escaped blame.

Does that sound familiar?

We’ve all been pawns in the games of the rich and powerful as they manipulate us for their wars, elections and referendums. They run the place for their own ends. Austerity is not a word they are familiar with. The hate and division they create is no concern of theirs. They care not.

Where’s the new Bob Dylan when we need him or her?

Bob Dylan – Only A Pawn In Their Game

A bullet from the back of a bush took Medgar Evers’ blood
A finger fired the trigger to his name
A handle hid out in the dark
A hand set the spark
Two eyes took the aim
Behind a man’s brain
But he can’t be blamed
He’s only a pawn in their game.A South politician preaches to the poor white man
“You got more than blacks, don’t complain
You’re better than them, you been born with white skin” they explain
And the Negro’s name
Is used it is plain
For the politician’s gain
As he rises to fame
And the poor white remains
On the caboose of the train
But it ain’t him to blame
He’s only a pawn in their game.The deputy sheriffs, the soldiers, the governors get paid
And the marshals and cops get the same
But the poor white man’s used in the hands of them all like a tool
He’s taught in his school
From the start by the rule
That the laws are with him
To protect his white skin
To keep up his hate
So he never thinks straight
‘Bout the shape that he’s in
But it ain’t him to blame
He’s only a pawn in their game.

From the powerty shacks, he looks from the cracks to the tracks
And the hoof beats pound in his brain
And he’s taught how to walk in a pack
Shoot in the back
With his fist in a clinch
To hang and to lynch
To hide ‘neath the hood
To kill with no pain
Like a dog on a chain
He ain’t got no name
But it ain’t him to blame
He’s only a pawn in their game.

Today, Medgar Evers was buried from the bullet he caught
They lowered him down as a king
But when the shadowy sun sets on the one
That fired the gun
He’ll see by his grave
On the stone that remains
Carved next to his name
His epitaph plain:
Only a pawn in their game.

Songwriters: BOB DYLAN
Only A Pawn In Their Game lyrics © BOB DYLAN