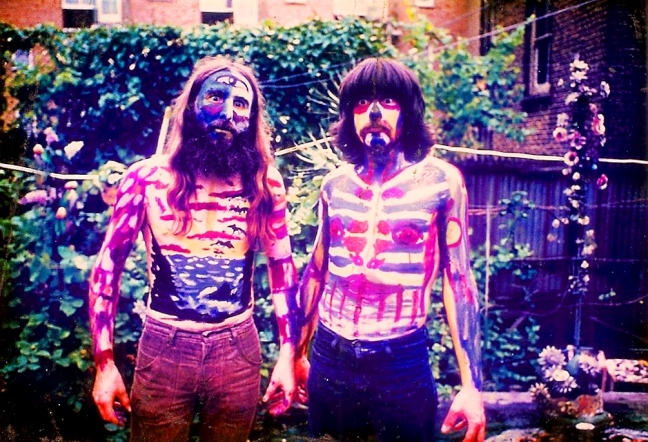 Sadly it appears Keith Emmerson has taken his own life due to ill-health and physical problems.

I first saw Keith when he was with the brilliant band The Nice backing the wonderful PP Arnold. Unfortunately I don’t remember too much about him from that gig because it was a long time ago and my whole attention was taken up with PP and her very short crocheted dress. The band were very good though.

The Nice broke away from PP and became a big band on the late sixties Underground Scene. Keith’s antics of sticking knives into his organ (the electric one) were legendary. They managed to achieve a ban from touring the USA due to their habit of burning the American flag as they reached the finale of their epic version of America. I think it was Emmerson’s very young daughter who provided the words at the end – ‘America is pregnant with promise and anticipation but is murdered by the hand of the inevitable.’

They were a great band who specialised in rocked out versions of classical pieces such as the rousing Rondo.

They also had a great relationship with Roy Harper. I had the privilege of seeing them very late back Roy Harper on the track Hell’s Angels recorded live in the studio after minimal coaching from Roy. EMI had requested that Roy produce a single to promote the Flat Baroque and Berserk album. They wanted to give it a big push. Roy in his cantankerous mood of opposing anything that might be considered a sell out wrote Hell’s Angels and got the Nice to play on it knowing full well that it could never be released as a single.

Now what would have been the outcome of Roy’s career if he had played ball and produced a radio friendly hit single? So you could say that Keith Emmerson was instrumental in Roy not making it as a major commercial force.

I used to see the Nice live and they were always good. I remember a particular night in Croydon where they did fantastically exciting versions of Rondo and America and a captivating version of Tim Hardin’s ‘How Can We Hang on to a Dream?’

Shortly after that Keith broke the Nice up rather acrimoniously. He went off to form Emmerson, Lake and Palmer (proper musicians as he said) and it was all downhill from there.

I’m glad I got to see the Nice in all their pomp. They were a great band.

If you enjoy my poems or anecdotes why not purchase a paperback of anecdotes for £7.25 or a kindle version for free.

Rhyme and Reason – just £3.98 for the paperback or free on Kindle

My other books are here:

Thank you and please leave a review.