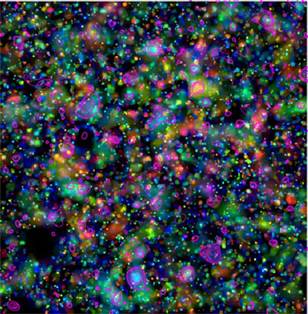 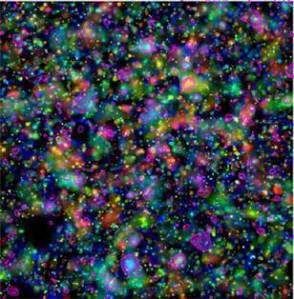 There is much debate as to the moment of creation. Was it the moment of the Big Bang? Or did something exist prior to that? Was the Big Bang the result of two universes touching within the structure of the polyverse system creating a third? Was it the outpouring of a Black Hole? Did it come about through a sudden burst of expansion within one area? Or was it created spontaneously from nothing.

The religious amongst us would naturally say that God did it. But that still poses the same set of conundrums, if slightly different. Where was God before the universe, space and time began? Was God created spontaneously? Did he always exist? If so where and how?

The standard response to those questions is that only God knows which, in my opinion, is dodging the question.

For me the concept of God explains nothing and is merely one of man’s attempts to explain something that pushes our minds to the limit.

Putting that to one side let us go forward.

Perhaps the moment of real creation was when the first stars lit up the heavens and signalled the beginning of the universe as we know it, fusing hydrogen into the heavier elements and enabling life to emerge? After all, what is a universe if there is no one to see it?

In the beginning the universe was pure hydrogen, so hot with the moment of its birth and pressure that it glowed white. The heavens were incandescent with searing light. Fortunately there were no eyes around to see it or they would have been instantly blinded.

After its inception the universe expanded and cooled into darkness.

At this point it was pure hydrogen present in separate atoms, not bound into molecules, spread so thin that they formed a dark fog to the edges of all time ans space (created along with the matter).

If that hydrogen had been completely uniformly distributed that is where it would have ended. It would have gone forth forever as a dark expanding cloud of hydrogen atoms. Fortunately that was not the case. The distribution was not completely uniform. The physical laws took effect and gravity, over billions of years, drew the atoms together. As they clumped and aggregated their gravitational pull increased until they were sucking in all around them. These were the formation of the first generation of stars.

Once again we were fortunate. For with condensation comes heat. The gravitational force pulled those hydrogen atoms together but the heat drove the atoms apart. It would have resulted in a balance that stopped short of reaching the temperature and pressure necessary to initiate fusion. Fortunately the hydrogen atoms joined together into hydrogen molecules which were able to absorb sufficient heat to enable the process of fusion. The hydrogen began to fuse to create larger elements of helium and carbon giving out huge amounts of energy and light.

This is the moment of creation.

First one and then over millions of years a second and blinking on in ever increasing numbers the heavens erupted in light. This was not the light we see today. Those stars were fewer and hundreds of times bigger and brighter than our stars. Their fuel was hydrogen and they were short of all the heavier elements. The light they produced was obscured by the hydrogen gas surrounding them so that they must have shone like headlights in a dense fog.

Those huge first stars quickly sucked in their fuel, clearing the vicinity of hydrogen and lived out their relatively short lives to go out in a huge meganova that must have set the heavens ablaze with its fury. In so doing they hurled out the heavier elements they had created within themselves to fuel a second generation of stars.

If we only had a speeded up film of the universe in those early billions of years – the years of darkness, the first pinprick of light in the fog, the lights blinking on one after another until the heavens were awash with hazy light, the hydrogen being gobbled up leaving great empty holes and then the explosions as those stars erupted in gigantic fury to dissipate their energy and those precious elements. It is beyond imagination as a spectacle of such immensity, a firework display on a magnitude beyond our understanding. Yet it happened.

The second and subsequent generations of stars took those elements further creating all the elements the universe has ever known and spewing forth the matter that created planets and ultimately all life.

For me the moment of creation was that first spark of fusion in that very first giant star. That was the moment the universe came to life.

2 thoughts on “Creation – the beginning? Or was it?”