life in the universe 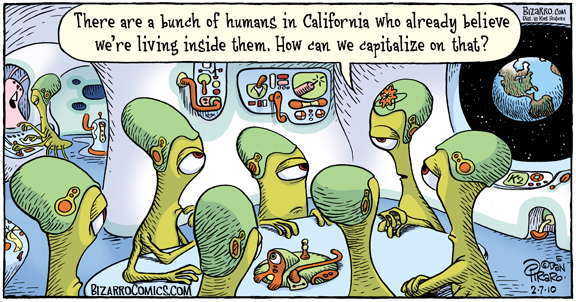 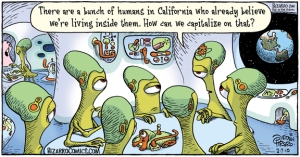 The reason why we haven’t encountered or detected intelligent life on other planets is not because it hasn’t evolved elsewhere. It has probably evolved in our own galaxy hundreds of thousands of times.

The distances involved are so enormous it is impossible for the human mind to imagine but even that is not the main obstacle.

If there are intelligent civilisations out there is space they would be producing radio output that we would be able to detect.

Our technology is advanced enough to detect transmissions but it will take an enormous amount of time and effort to scan all the possible sources. Even so we should have found some trace by now.

My own view is that intelligent life has probably evolved hundreds of thousands of times but has been destroyed by its own stupidity.

Human beings have only been around as a species for a mere hundred thousand years. Civilisation only started up around 12,000 years ago. That is the blink of an eye.

In that twelve thousand years we have gone from primitive tools to space shuttles. We have nearly destroyed ourselves in the process and are likely to do so in the near future.

It is quite possible that civilisation only lasts for a short period of time before intelligent life kills itself with its own stupidity.

On Earth, in the brief period we have been ‘civilised’, we are now threatening our own existence in numerous ways:

a. We are overpopulating to unsustainable levels

b. We are polluting to levels that are dramatically altering climate

c. We have produced and used nuclear weapons and have enough stockpiled to eradicate life. We have lived through Mutually Assured Destruction for decades and have had the Cuban Missile Crisis that took us to the brink. It only takes an accident, a psychopath, terrorist or bad decision of brinkmanship and we could be precipitated into annihilation.

d. We are destroying habitat and species with abandon.

e. We have biological weapons that could wipe us out as a species.

f. We have insane religious fundamentalists who are quite prepared to wipe out human life in the belief that they are doing ‘God’s will’.

In some ways it is astounding we are still here. If humans are anything to go by it is quite probable that intelligent life is too stupid to survive long.

It is possible that we have never detected other intelligent life in our universe because it did not survive long enough to leave much of a trace. It wiped itself out before we got a chance to know it ever existed.

For us to detect other civilisations they have to have their brief flourishing at exactly the same time as ours. We would have to coincide.

That is probably more unlikely than all the other factors put together! For us to last another thousand years is probably statistically a greater improbability than life evolving into intelligence in the first place.

We are probably the only civilised intelligent life flourishing at this time!

That makes it all the more important to resist the madness of fundamentalist superstition, psychopathic leaders, sociopathic leaders and belligerent xenophobia and work towards a more egalitarian, harmonious equality in which we can all live happily.

Our one hope is that our intelligence is greater than our stupidity.

The jury is out on that one!

Can you imagine a universe without any intelligent life?

There’s the reality of our insane greed and beliefs.

While the possibility for life is hugely likely, given the immense time and enormous quantity of planets, the evolution of intelligence is another matter. That requires even greater overcoming of limitations. Intelligence requires sophisticated cells. There are immensely unlikely events on a par with that of the formation and incorporation of DNA.

On this planet the incorporation of DNA took place early on when the Earth had cooled and conditions were right. The formation of Eukaryotic cells (sophisticated cells that would support complex multi-celled life) requires two incredible occurrences. Firstly they have to incorporate or evolve cellular powerhouses to provide energy. On Earth this happened when bacteria (that were mitochondria-like) became symbiotically incorporated into cells. Secondly they have to have incorporated chlorophyll-rich chloroplasts to break down water to release oxygen and produce food.

The plants incorporated chlorophyll rich bacteria symbiotically. In so doing they changed the atmosphere of the planet and the oxygen enabled life to become more complex.

Not only do planets have to be in the ‘Goldilocks Zone’ and have given rise to life that incorporates DNA (or its equivalent) but it would also have to evolve through these two other immensely difficult bottle-necks in order to achieve the complexity necessary for intelligence.

The consensus is that this will only occur on an incredibly small number of occasions.

Fortunately with the billions of planets on which life will have occurred this still means that there are likely to be hundreds of thousands of planets out there supporting intelligent life.

There is intelligence out there! How do we contact it?