Every day dozens of elephants are killed for the ivory from their tusks. [1] Unless we stop poaching for the ivory trade, elephants could be extinct within a few years. [2]

Shockingly, at the moment the UK is the largest exporter of carved ivory in the world. [3] But right now we’ve got an opportunity to stop that. The government is considering a ban, and this month they’re holding a consultation to find out what the public think. [4] They could then bring in a ban on trading ivory…OR they could do nothing.

Chris, that’s where you come in. If tens of thousands of us sign a petition, we can prove that there’s overwhelming public support for an ivory trade ban to help save elephants. Please will you sign today? 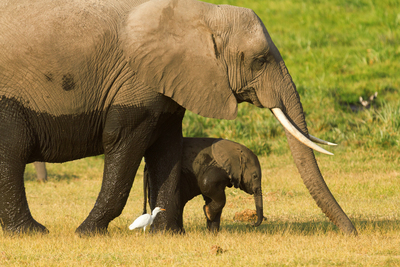 We all like to think of the UK as a country that does its bit to protect wildlife. So it’s shocking that it’s still legal to trade ivory here. [5] It means the UK fuels global demand for ivory. That means poachers know they can make money from killing more elephants. It’s great our government is now looking at a ban. If we can persuade them to introduce it, we’ll help stop elephants being killed – and set a much better example to other countries.

The government minister in charge of this decision is Michael Gove. This isn’t the first time 38 Degrees-ers have come together to ask him to do the right thing. Just last month, after a huge campaign, we convinced Michael Gove to support a ban on bee-killing pesticides. [6] More than 370,000 of us took action to protect bees – and it worked.

The government consultation closes in less than two weeks. So, Chris, will you sign the petition right now? It only takes 30 seconds.

Thanks for being involved,

7 thoughts on “Please help save the Elephants! They are being slaughtered! Please sign the petition!”