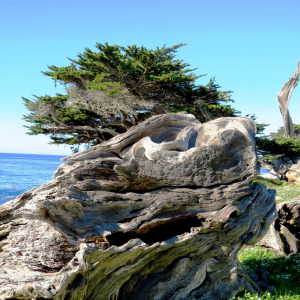 A nice tree with a gnarled spirit!

Another nice tree to worship.

Doesn’t look like a shaman to me – high on some hallucinatory drug!

The Real Meaning of Christmas

The real meaning of Christmas is locked away in pagan mythology. Most religions that usurp other religions take over the ceremonies of previous religions and modify and adopt them. Christianity did this with both Christmas and Easter.

What we now have as a Christmas celebration – the birth of Jesus with all the nativity scenes – is actually a celebration of the winter solstice.

The winter solstice was celebrated by ancient tribes all over the world. It is, in the northern hemisphere, the shortest day of the year. The days are drawing out, though, because of the way the earth cools, the coldest winter months are still all ahead. This celebration was accompanied by ritual and feasting.

We see a number of the Nordic traditions surviving.

The Christmas tree is a throw-back to the animism of old where spirits were thought to inhabit trees, streams, rivers and rocks. Tree worship was a world-wide religion; we still touch wood for luck. In Scandinavia it was prevalent in the shamanistic tradition.

Santa Claus is another throwback to Scandinavian lore. The shaman used magic potions of hallucinogenic mushrooms to fly through the sky on a sled with his reindeer to converse with the gods. The mushrooms were Amanita muscaria, the fly agaric, and had bright red caps flecked with white. Nowadays Santa Claus (Father Christmas) decked in his bright red and white costume flies through the sky magically to bring gifts to people. These used to be the gifts of insight and wisdom. Now they are usually plastic goods of dubious durability.

So mixed up with our story of Jesus we have tree worship and hallucinatory acid trips.

It’s a heady mix for a small kid to take in!

17 thoughts on “Anecdote – The Real Meaning of Christmas”