Roy Harper – why have I written two books? The story.

In a fit of creativity and great burst of obsessive zeal four years ago I sat down at my computer and wrote a book on Roy Harper. It took me three weeks – an explosion of words in a stream of consciousness.

I suppose I was imagining myself as Jack Kerouac with his long scroll of paper hammering out On The Road in one relentless gush.

It wasn’t so much a book about Roy, although Roy was the theme; so much as the story of a fifty year friendship and two lives that ran down different tracks, in parallel.

I didn’t plan it or research it, I just wrote and it flowed.

I was part telling a story about Roy from my perspective, part talking about the times we lived through and part contrasting that with my life. I thought it gave perspective.

In a blind subjective haze I sent the book to Roy. He hated the writing but said that there was a good book in there.

I found that weird – but when I reread it with more objectivity I could see that it was far too dense and badly written. I’d just gushed it forth.

So, with my good lady Liz doing some great editing, I rewrote the whole book into a completely different style.

I’d nearly completed the rewrite and, on the spur of the moment, checked out whether a publisher would be interested. To my surprise I received an instant response. They liked the writing. They wanted a book on Roy.

However, they first wanted a book that fitted into the series they were putting out – On Track – every album, every track. They sent me a contract. I signed and found myself writing a completely different book – a book about Roy’s songs, albums and poetry.

Thus I ended up with two books on Roy!

Where are the new songwriters who are writing about the topics of today. Aren’t there enough things worthy of criticism?

Phil said it as it was.

As I watched America decaying into rabid packs of vigilante fascists. When Phil spoke of flag waving and treason he was talking about the people rising up against the government to stop an unjust war. He wasn’t referring to the President rousing a fascist mob in order to overturn a democratic election.

As the racist thugs and Neo-Nazis marched on the Capitol the President urged them into a frenzy. The next day he stabbed them in the back and disowned them.

As they rot in jail perhaps he will join them?

Unfortunately this war isn’t over. The battle for America has barely begun.

So do your duty, boys, and join with pride
Serve your country in her suicide
Find the flags so you can wave goodbye
But just before the end even treason might be worth a try
This country is to young to die

Another track from Once. A hard hitting song about the cruelty we do to animals.

A love and sex song from Whatever Happened to Jugula

Another interesting track from Folkjokeopus. The only time Roy has played a sitar. A bit influenced by the Incredible String Band. 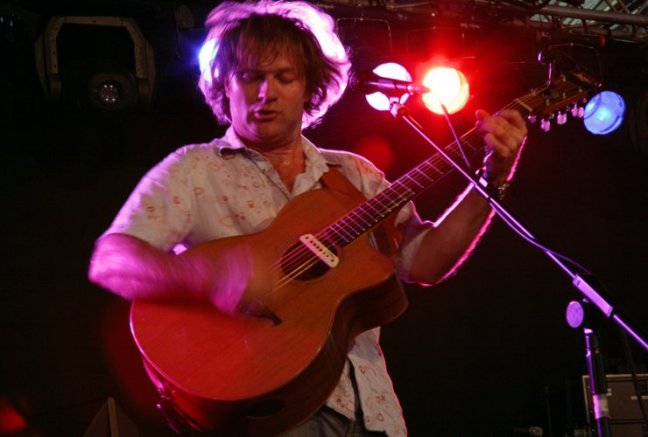 While a third of the world is indulging itself two thirds live on scraps.

There are mountains of grain and lakes of wine while children scrabble in the dust.

The power-brokers divvy up the spoils while the ones not at the table gather up the crumbs.

All around is war, mass migration, bitter enmity, fundamentalism, religious conflict and callous cruelty. Many are making a good profit off the spoils of war and the misery of people.

Nature is caught in between and slaughtered, ripped, destroyed.

It would not seem to me to be beyond the wit of man to devise a system that would work better for everyone, would it?

Nick summed up a lot of this in this song about the seven (sometimes eight) decision makers. He compared them to the old Bronson/Brynner classic the Magnificent Seven. But will this bunch wade in to put things right? They hold the future of nations in their hands. There is much shame! 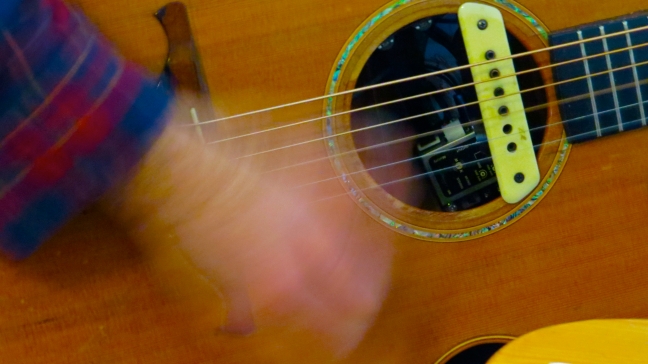 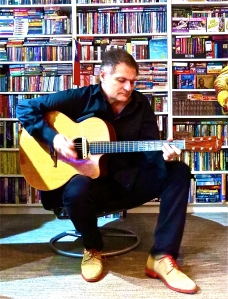 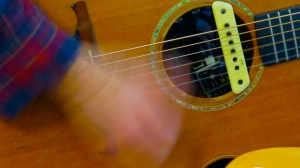 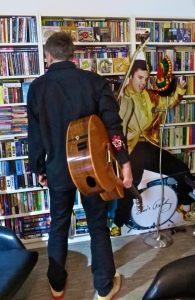 I am presently working on a book with Nick. We aim to put it out as a companion to a three album vinyl ‘Best of’ set that should be out early next year.

I have now completed a first draft of the book and am looking for some more photos to add. If you have a couple of nice photos and would like to see them featured in the book please contact me through the blog. 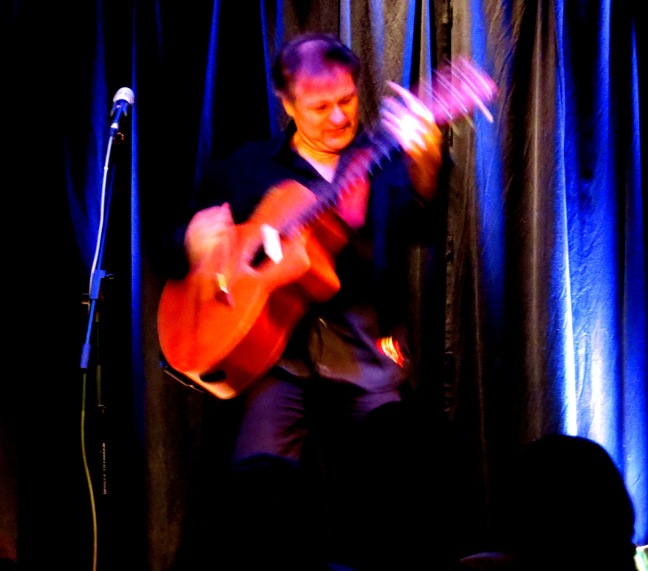 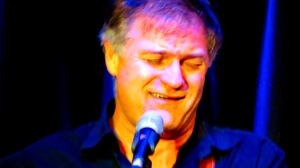 Friday 13th March – a week today!!   The fabulous Nick Harper will pluck, twang, bend and trill. It will, as usual be a marvel for all to behold!!

Be there or be square!

Men abed will hold their manhood cheap if they were to miss this breach!!

What sound from yonder Back Room breaks? Tis evening and tis Nick!!!

The venue is tiny! The atmosphere will be amazing! The tickets are few and will be lijke gold dust.

James Varda erupted into oblivion in around 1988 and has largely been unheard of ever since, which is utterly bemusing. I first saw him as the support for Roy Harper, who was impressed enough with the angry young man to offer him a rare opportunity opening the show, and liked him from the first verse. He stood awkwardly and played his guitar with his head on one side looking shy. But his songs gave the lie to that. They were powerful and full of poetic imagery and passion. The songs rang and there was a hint of Dylan’s snarling tongue. His black clothes and attitude were redolent of that early polka-dot shirt and angry stance. He spat the words out. You don’t normally pay too much attention to the support act but James was riveting. He was tall, wiry with skin tight trousers and pointy shoes like an angry James Dean. Off-stage he was delightful, intelligent and interesting.
His first album Hunger confirmed the stature. Andy Ware at Awareness Records had done a good job transferring the stage power of those songs onto vinyl. There was strength to them. I revelled in it right from the start.
James promoted the album with numerous gigs and radio appearances. He was getting great reviews and media interest and was causing a bit of a stir. Yet despite all the recognition and accolades the album reputedly only sold five hundred copies leaving James at little disillusioned and consumed by self-doubt.
During the recording of his second album Awareness Records went bust. Andy offered the tapes to James who threw them away in a fit of picque and gave up.
James decided to call it a day. He dropped out of the business.
James resurfaced years later with the release of a couple of delightful albums. The style had changed. He was less aggressive and more wistful but the talent had not changed. They weren’t quite the force of his debut but their soft, melodic style was appealing.
The tour de force was the last album. James had been diagnosed with terminal cancer and it prompted him to pour out all his considerable artistic and emotional energy into one last cathartic gem.
It’s all there. Chance and Time is a masterpiece of poignant intensity that soars through the majesty of life. A suitable legacy if ever there was one. There was never been anything quite like it.
James has not yet been recognised as the major talent he is; but he will be.