A few versions of the mighty Dylan by Bumba!

Every Day Another Story

Here’s to the great Bob Dylan, the grand icon of American folk music. Nee Bob Zimmerman in Duluth Minnesota, he took the Dylan moniker from the Irish poet Dylan Thomas. Bob Dylan became so popular that today Dylan is a common first name for a lot of kids and grown people too. Even hotels and apartment buildings are named Dylan. Dylan is just considered an all around cool name. Hail to Bob Dylan. May he stay (forgive the expression) forever young. I’m going to post a number of his songs that I’ve recorded. This first one, I Shall Be Released I just did with some tracks added, which was fun. I Shall Be Released is one of his most iconic songs.

These are all sing alongs, you know.

Here’s Blowin In the Wind 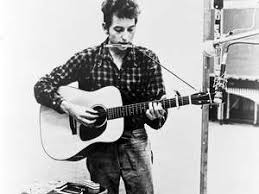