Not having had our fill of temples (having gone around the Thai and Burmese temples) we headed for the enormous temple Buddhist complex of Kek Lok Si. It looked so dominant, sitting up there on the hill.

It was quite a climb.

There were so many temples and pagodas spread over a large area that it would have taken many days to explore them all.

At the very top was a huge statue of Guanyin, the Goddess of Mercy, but I’ll come to that later.

As temples go, this is a modern one – only about a hundred years old – but very impressive.

Even if I don’t like religion I can still marvel at the aesthetics.

All religions bought in the best craftsmen and artists in an attempt to outdo each other and show they were the best. 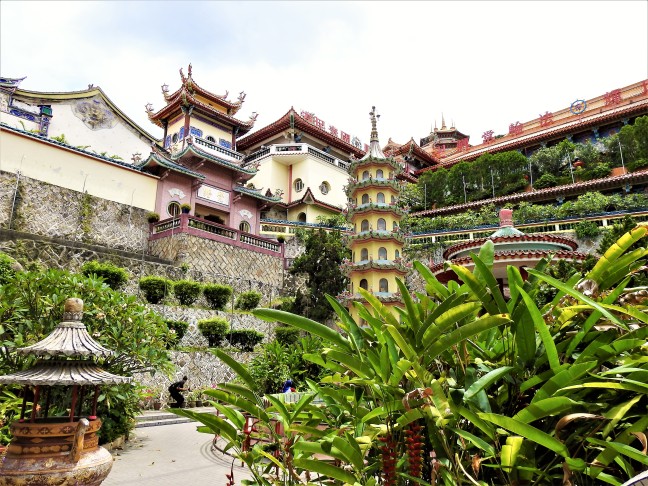 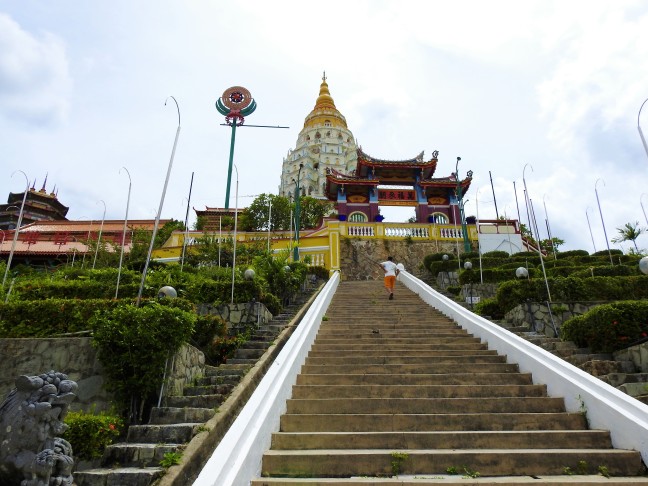 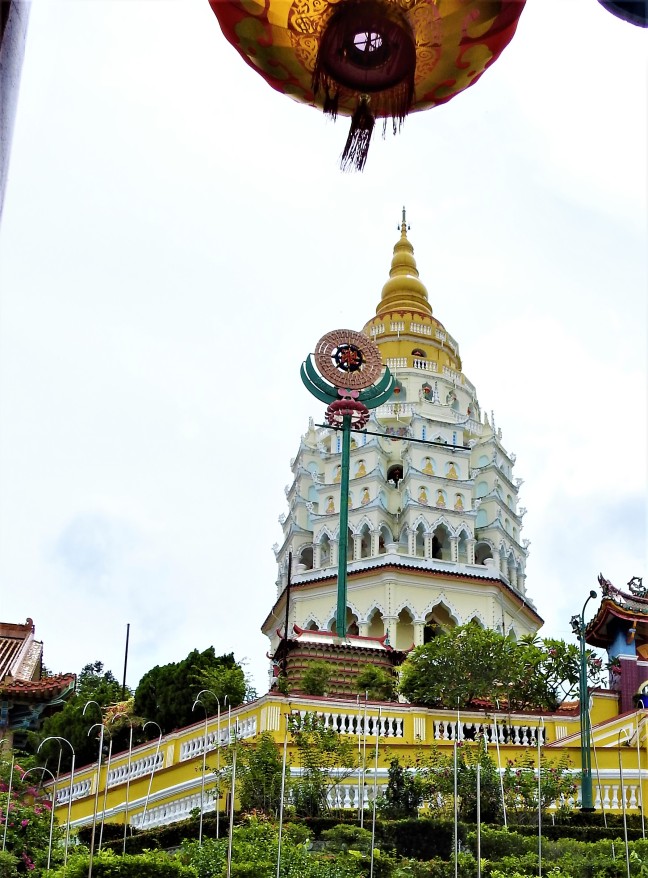 The main pagoda is interesting. It is in three distinct styles. The bottom section is Chines. The middle section is Thai. The top section is Burmese.