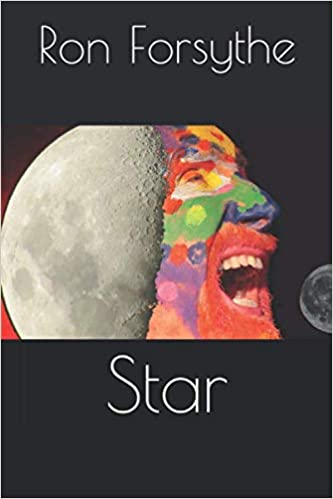 The main idea that I was playing with in this book was the youth rebellion of the nineteen sixties.

Having lived through it and, as a student living in London, being heavily immersed in it, I felt that I knew a lot about the sixties phenomena. I found the idea of taking the underlying principles and applying them to the future quite inspiring and intriguing.

I set the book in the future in the sixties of the year 3167 AC. We had an intergalactic civilisation. Rock Music performed, not in stadia, but huge arenas in space on a gigantic scale.

There were a lot of elements to bring together.

The glue that held the sixties movement together was Rock Music. I had to create a band featuring a larger than life Rock Star – based on Bob Dylan, Jimi Hendrix, Jim Morrison, Arthur Brown, David Bowie and John Lennon.

The Civil Rights movement was an important element. I had to create an alien species who were subjected to abuse and yet were highly intelligent.

The antiwar movement was another. I had to create two competing powers and a proxy war being waged on a remote planet.

I then incorporated many of the events and people from the sixties in many guises. There was the Black Panthers, the Yippies, the Fugs, the Chicago riots, Peace Park, free festivals, Woodstock, Altamont, Games in May, Martin Luther King, the antiwar marches, the raising of the pentagon, the civil rights marches, Bob Dylan’s motorbike accident and many more.

My main story was the way the lucrative Rock Music business was being controlled by big business and the mafia. Behind the scenes, my Rock Star was subject to all manner of forces. His manager, based loosely on Albert Grossman, Peter Grant and Bill Graham, was caught up in the politics. My star was trying to remain true to his principles but the pressures were building.

Would the revolution change society? Or would it be incorporated into the money-making establishment?

Available in both paperback and kindle from Amazon.

Or from your local Amazon Store.