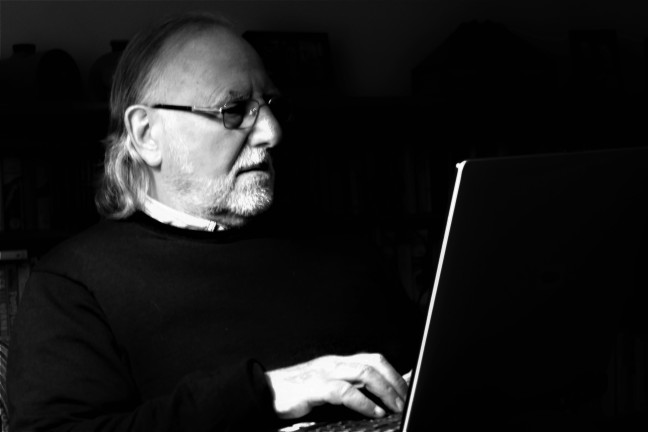 In 1979/80 I secured a teaching exchange to the USA and ended up teaching in Norwalk in Los Angeles. Following an initial culture shock I had a fabulous year. My students were wonderful and I still think of them very fondly. It was a tough area, full of racism and gangs. But I digress already.

The people we exchanged with had a grown-up daughter. As we had exchanged houses and cars she had access to my library of books and discovered I had a whole row of Philip K Dick, one of my favourite Sci-Fi writers. Susan was a friend of Philip K. Dicks – or Phil, as she called him.

Around Christmas time she was returning to the USA and asked if I would like to go to meet him.

Would I? I would certainly have given a limb or two for the opportunity.

So it was that a young would-be Science Fiction writer (namely myself) found himself being escorted for an evening with the great man.

It all seemed surreal. I had so much to ask. I wanted advice. I wanted to ask him about his writing, where he got his ideas, how he set about it, how he became published.

When I found myself in his apartment in the presence of one of the greatest Sci-Fi writers of all time, I was too overawed to say much. Everything seemed blank.

We sat on sofas, drank beer and talked. The evening seemed a blur. All I can remember is him telling me that he had just been to the studio to see the rushes for a new film based on one of his books. It was called ‘The Claw’. He showed me a poster of this huge metal claw grasping a planet. It looked fantastic. He told me that seeing the rushes it was like looking inside his own head.

I have subsequently looked for the film and seen nothing that resembled the poster he showed me. Perhaps it was scrapped? Perhaps it later came out as Screamers – based on Second Variety? Or perhaps I imagined it? I was in such a state.

The only other thing I remember was that I asked him what he thought was the best thing he’d ever written. He laughed. He told me that he thought it was a scene of a gun duel between a gun shooter and a man with telekinetic powers. The gun shooter went to draw his gun and found himself holding his own pancreas.

At the end of the evening I thanked him and that was that.

I often look back and kick myself. If only I’d taken a book for him to sign, had a selfie that I could cherish, or relaxed enough to have a real conversation.

2 thoughts on “An Evening with Philip K. Dick.”