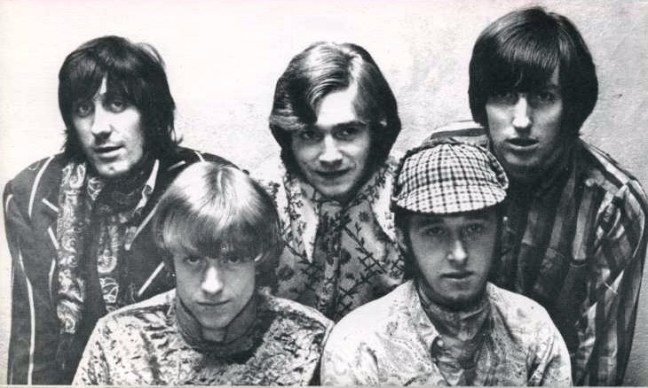 Hard on the heels of Merseybeat came the first British Blues boom in the form of the sixties beat groups. They were led by the Rolling Stones but closely followed by the Animals, Pretty Things, Yardbirds, Downliners Sect, Manfred Mann, Bo St Runners, Kinks and Them.

The real pioneers of this Blues boom were Alexis Korner’s Blues Incorporated, Graham Bond and Zoot Money. But, while being seminal, they did not receive the commercial success of their compatriots.

The blues set, of which I was one, were a little snooty when it came to the blues. We saw it as superior to the Pop and Rock of the day. It seemed raw, earthy and authentic, not produced as a product by the record companies. This was genuine music from the heart, or at least the genitals. It spoke of real life and not soppy love, and teenage crap. You could wander about looking incredible serious and intellectual clutching your Sleepy John Estes and Elmore James albums. It was all very cliquey. And this was precisely how many of these bands came together. They were passionate aficionados. To us blues wasn’t just a music form; it was a crusade. We loved it and we loved those old black guys from the depths of Mississippi, Texas and Louisiana. It was an exclusive club.

In the Art Colleges all over the country various passionate blues musicians got together to swap their precious collections of coveted albums, learn licks, exchange tales and learn how to imitate their idols. They didn’t do it quite the same. They speeded it up a bit, added a bit of a rave up, but in general were remarkably true to the music of their heroes. They might have wanted to make the big time but it was more important to be true to the music, do it justice and win the respect of your fellow musicians. In the process it created a great club scene and a lot of followers. The blues was cool.

From the Deep South of the Thames Delta we had the Rolling Stones and Yardbirds fighting it out for supremacy in Richmond and the Kinks and Pretty Things battling with the Downliners Sect. From the swamps and levees of Newcastle we had the Animals and from the plantations of Ireland we had Them. Almost overnight the blues was the biggest thing going and the kids were all dancing to the music of black southern America.

The Stones nearly hit with their first single – a cover of Chuck Berry’s ‘Come On’ and then had theit first top ten hit with a song given to them by the Beatles. After that it was all systems go. They actually got to number one with an extremely authentic version of Howlin’ Wolf’s ‘Little Red Rooster’. Their first two albums were stuffed with blues covers. Likewise the Kinks first album was full of Swamp Blues. Them hit the charts with ‘Baby Please Don’t Go’. There were covers of ‘Dimples’, ‘Got My Mojo Working’, ‘I’m a Lover not a Fighter’, ‘Got Love if You Want It’, ‘Good Morning Little Schoolgirl’, ‘Hoochie Coochie Man’, ‘I Just Want to Make Love to You’, ‘I Ain’t Got You’, ‘Cadillac’, ‘Honest I Do’, ‘I’m a Man’, ‘I’m Mad Again’, ‘I Wish You Would’, ‘Smokestack Lightnin’’, Mona (I Need You Baby)’, ‘Too Much Monkey Business’, ‘Around and Round’, ‘Bo Diddley’, ‘You Can’t Judge a Book’, ‘You Can’t Catch Me’, ‘Boom Boom’, and a dozen more. The blues was selling to white kids. They were in the playground discussing blues harp, slide guitar and square guitars. The exclusive club had opened right up.

This in turn paved the way for the blues guys to come back over from America. Middle-aged blues guys like Muddy Waters, Howlin’ Wolf, Sonny Boy Williamson and John Lee Hooker received rapturous receptions from young white kids while mini-skirted white girls danced to their rhythm. They must have been amaqzed. It was a million miles away from the sweaty Chicago clubs.

The Press had a field day. They pitted the long-haired, scruffy blues bands against the smart suited Mersey bands. There were the lovable mop-tops and the obscene and dangerous Stones who you wouldn’t want your daughter going within a hundred miles of. It was great fun and of course the Stones manager – Andrew Loog Oldham – lapped it up and fed it for all it was worth.

What it did to the music was to bring a harder edge to the sound. It was not so Poppy and over-produced. There was a rough, raw edge to it. This was not commercial pop; this was unrefined blues – and it rocked! The excitement and energy was right there in your face!

The first band I ever saw live were the British Birds with Ron Wood on guitar. The second band I caught was Them when ‘Baby Please Don’t Go’ was riding high in the charts. I was in my element.

Of course it couldn’t last. The blues bands were quickly joined by the Mod bands and soon everyone was writing their own material. It all became more ‘original’ sounding and the blues became only one component.

You can see it with the Stones – the first two albums were heavily Blues and then the music changed. Likewise with the Downliners Sect – one superb blues album and then into country. The Kinks – one Swamp Blues album and then their own distinctive sound. The blues phase moved on and burnt itself out. After 1964 the British Blues Beat Bands changed their sound.

The irony was that, on the back of the Beatles and Merseybeat, the British Beat groups exported blues back to America. The Rolling Stones, Animals and Yardbirds got the American white kids dancing to black American blues. The real thing might have been playing on their doorsteps and they had never heard it. They went for the sound of the British Beat groups with a vengeance. The blues invaded America.

One thought on “Rock Music Genres – The British Blues Beat Groups of the early 60s – The Rolling Stones, Yardbirds, Them, Pretty Things, Downliners Sect and Animals.”